The time of the tailored office has come 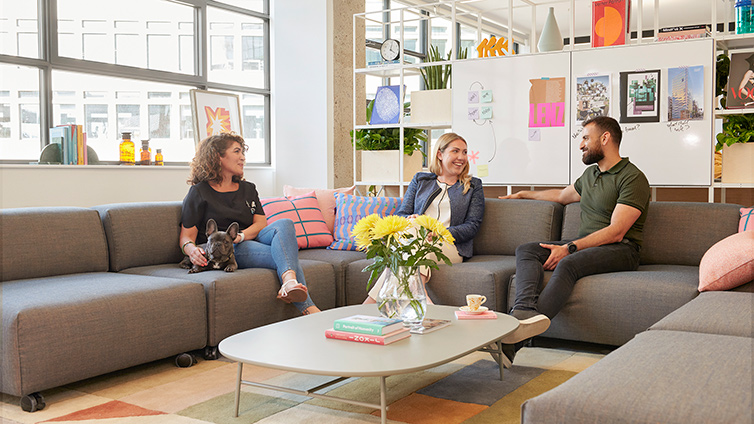 The time of the tailored office has come

By a happy denominational accident, the tailored office now exists in opposition to the sorry legacy of Frederick Winslow Taylor (1856-1915).

He was father of Taylorism, the original time-and-motion study which, in opposition to Victorian social thinker John Ruskin’s idea about the nobility of work, argued that all value could be calculated in terms of efficiency alone. But at some cost to the human spirit.

Via other crazy period propaganda, including Thorstein Veblen’s Soviet of Technicians, this all led to the Technocratic movement, an organised body committed to efficiency who liked to have everything painted grey. It was only a short step to David Brent and the widespread belief that an office was a petri dish of strangulated emotions and suppressed desire and, all in all, something we wanted to get away from rather than rush to enjoy.

An office was a petri dish of strangulated emotions and suppressed desire and, all in all, something we wanted to get away from rather than rush to enjoy

At this point in history – post-colonial, post-war, post-industrial, post-modern and post-Covid – we can really see quite clearly how very peculiar the modern office was. White-collar archaeology reveals some pleasing curiosities.

If you visit the Uffizi, the Florence gallery whose name actually means “offices”, a star exhibit is St Augustine in his Study by Botticelli. Here we see the hermit in his magnificent isolation with a coffered barrel vault ceiling and a work-surface. 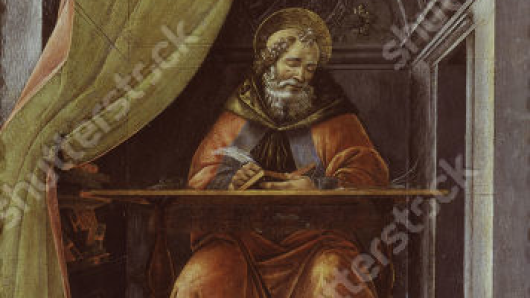 This solitary office space was the norm until the 17th century when, with the creation of the new capitalist economies in the Netherlands and England, collective working spaces were required for clerks. Among England’s first offices were The Old Admiralty Building of 1726 and East India House of 1729. True, bankers including the Rothschilds did their business in palaces, which suggested a domesticity, but, essentially, by about 1900, the office had come to mean a large, organised space inhabited by put-upon clerical workers.

The classic case is the magnificent 1906 Larkin Building in Buffalo, upper New York, which Frank Lloyd Wright designed for a soap manufacturer. Throughout history, workspace has been determined by available technologies: Morse’s telegraph, Bell’s telephone, Otis’ elevator and Carrier’s air-conditioning (eventually joined by IBM’s PC) all made collective office life cleaner, more comfortable and ever more destructive of the soul.

A civilised vision that workspace might be organised on lines that were almost aesthetic, was soon corrupted into the cube farms of the ’80s

Fifty years after Wright, the idea of Bürolandschaft (office landscape) was established by Wolfgang and Eberhard Schnelle. This civilised vision that workspace might be organised on lines that were almost aesthetic, was soon corrupted into the cube farms of the ’80s.

But let’s pretend it’s 1964 and IBM has just announced that it will fit a magnetic card reading device into its Selectric typewriters. This was the beginning of word-processing that soon begat personal computing, which eventually led to The Cloud and meant – long before The Plague that is Covid-19 – that centralised offices became traditional rather than necessary. The possibility of being atomised existed before the events of 2020 made it a requirement.

However, people always need to be near people. Which is why London and Berlin are major cities and Woodbridge or Quedlinburg are not. But the future office will not be like those of the past. We have learnt that we make our environments and they makes us. So we need to make those environments better. 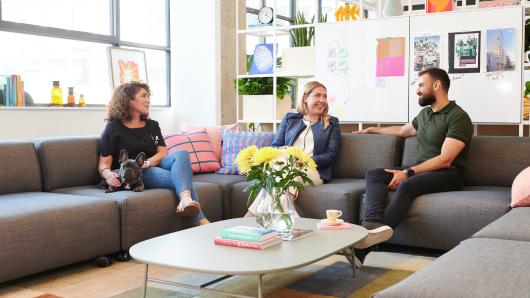 Yet memories of traditional offices remain. The absurd size of a manager’s desk remains a trope, like desert island castaways, in New Yorker cartoons. But these are time-expired status relics.

An office can now not only be anywhere, but anything… other than lifeless and bland. I know someone with Turkey rugs and battered sofas and no centrality or authority whatsoever. I know someone else with a desk made from a section of a US fighter’s wing to express technocratic majesty. I cannot now remember if it has a drop tank or an air-to-air missile at its extremity.

There are choices. If you don’t want to WFH you need a very good reason. And the tailored office might well be it.

If you don’t want to WFH you need a very good reason. And the tailored office might well be it. 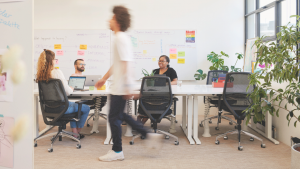 Read next article
Most viewed